Looking to the Retina

The motor center of the brain (Substantia Nigra) is made up of dopamine producing nerve cells. These cells are degenerated in Parkinson’s disease (PD). This degeneration underlies most of the motor features of PD and has been a therapeutic focus since the 1960s. Levodopa enhances dopaminergic neurotransmission along the neuronal pathway from the substantia nigra (nigrostriatal pathway) and relieves many of the motor features of PD.

Even with Levodopa and best medical care, most non-motor problems persist, and motor symptoms continue to worsen over time in PD.

Related deterioration in the Retina

Neurodegeneration in PD also affects the eye, and it turns out that the eye plays a major role in how we feel and function, because it sends more than just visual signals to the brain.

Light is absorbed by the mRGCs and signals through a neuronal path (the retinohypothalamic tract) to regulate circadian rhythms. Normal circadian function is critical to human health because it regulates nearly all of our physiological function.

Recent scientific work has established that mRGCs are deteriorated in PD and in other neurodegenerative diseases. As a result, the normal signaling pathway is deficient. These deficiencies disrupt circadian rhythmicity and people with PD suffer from poor sleep, mood disorders, cognitive deficits and a wide variety of major health consequences.

A normal circadian rhythm is measured by hormonal release and gene expression. The peaks in the day represent energy and activity and the troughs at night represent healthy sleep and rest.

In contrast, the circadian rhythms of people with PD are heavily blunted, causing them to have less energy during the day and poor sleep at night. 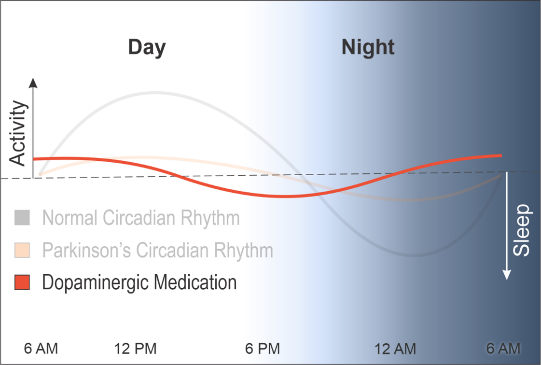 To make matters worse, the dopamine medications used in PD push this blunted rhythm earlier, causing people with PD to get tired earlier in the day and to wake at night, further disrupting their rhythms and exacerbating physical and cognitive decline. 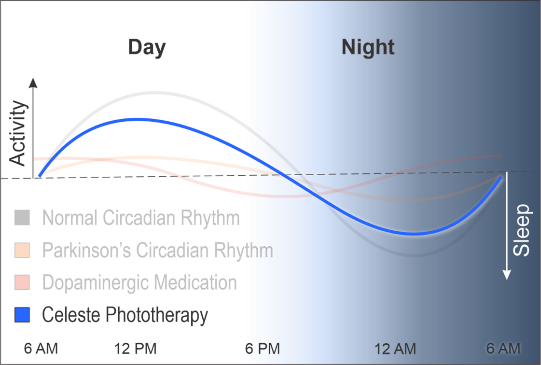 Early data suggests that delivering a therapeutic dose of specific narrow wavelengths of light may restore melanopsin signaling and circadian function and improve motor and non-motor function and quality of life in PD.

Circadian dysfunction is common to several neurodegenerative diseases, including Alzheimer’s, Huntington’s and Parkinson’s.

PhotoPharmics has combined the wavelengths of light that are most efficient in stimulating the mRGCs in PD and created a novel light technology aimed at restoring normal retinal signaling and improving function.

This novel light technology is incorporated in a convenient to use therapeutic light device called Celeste. This light is not available in any other source. Celeste passively bathes a user’s face with therapeutic light, causing these mRGCs to fire. Under a doctor’s care, Celeste may improve the health, function, and well-being of people with PD beyond current medical care. The long-term safety and efficacy of Celeste is the subject of our upcoming pivotal trial. 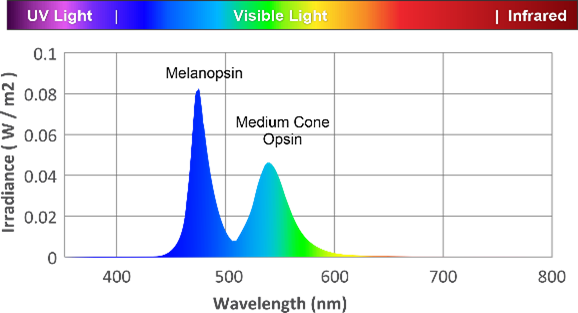 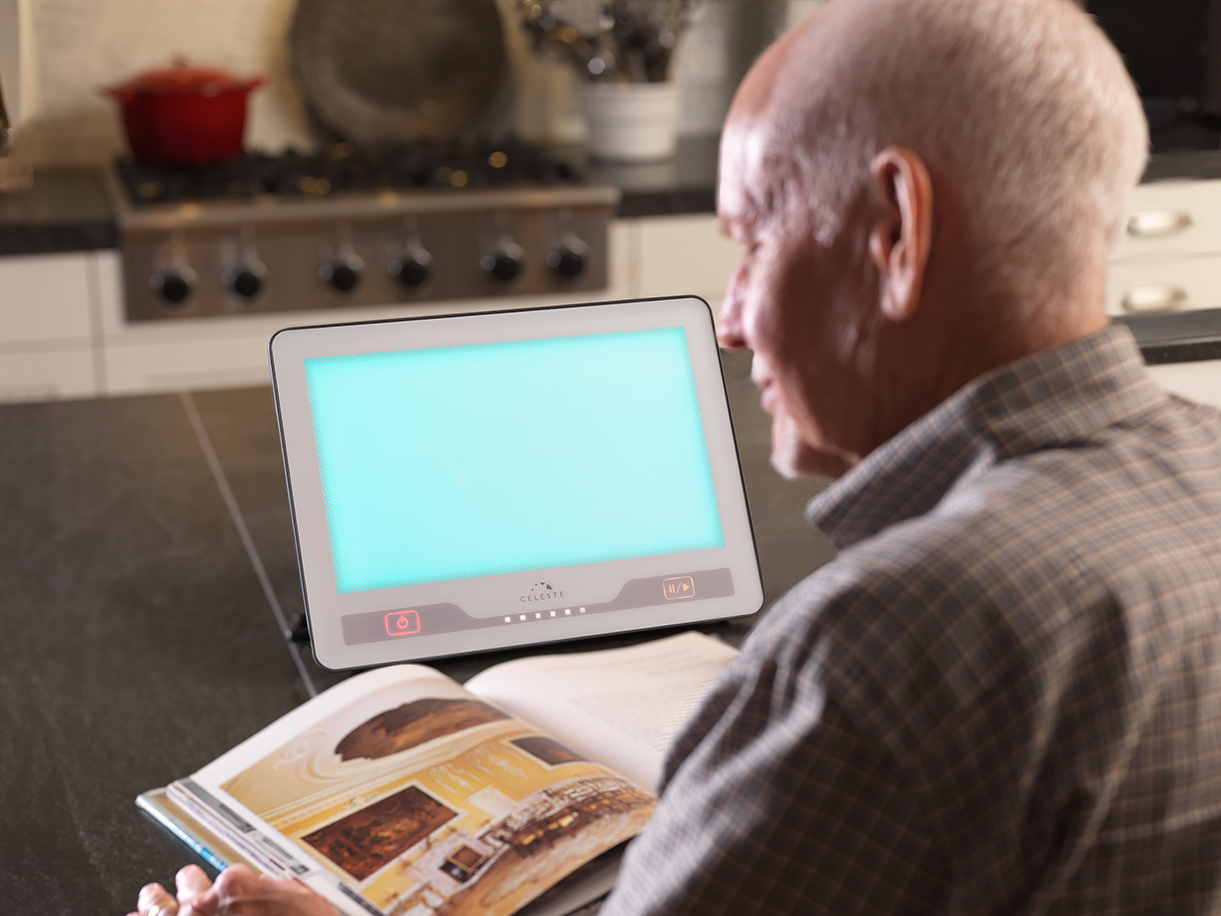 Circadian rhythms are the daily activity and sleep patterns regulated by the suprachiasmatic nucleus, and they have a profound effect on daily physiological function. These rhythms are reset daily in response to light.

Circadian system responds to specific wavelengths of light. Light at low intensities stimulate rods and cones, which activate melanopsin signaling, however sustained non-visual signaling occurs via 480nm excitement of the melanopsin photoreceptors, at higher irradiance than rods and cones.

Circadian rhythms are blunted in Parkinson’s and do not respond to normal light signals. Melanopsin cells are damaged in neurodegenerative diseases, resulting in blunted circadian profiles.