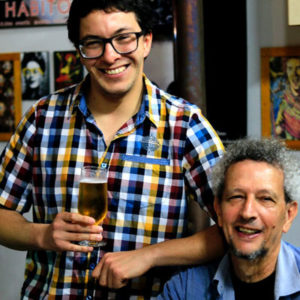 We at PhotoPharmics are passionate about representing the Parkinson’s community in an effort to raise awareness. In a recent survey, PhotoPharmics discovered a large percentage of people are waiting with great eagerness for breakthroughs that will improve the standard of care for people with Parkinson’s.

“We have made a strong effort to become a trusted contributing voice in the Parkinson’s community, and what we’ve found through our informal research is that this is a group that is ready and waiting with great anticipation to see a significant step forward in terms of Parkinson’s disease care,” said Brett Walker, spokesperson for PhotoPharmics.

Walker believes the results of the survey tell two, yet equally positive, stories.

“On the one hand, we believe it’s significant that nearly 40% of respondents are optimistic about breakthroughs coming in their lifetimes,” he said. “And in the other 60% we see a group with some significant unmet needs who is actively engaged, and waiting with eagerness for a major advancement.”

“There are incredible organizations who have made Parkinson’s research their missions. They publish new information almost daily, and that information drives innovation from companies like ours,” Walker said.

The ongoing research surrounding phototherapy, or light therapy, as a treatment for Parkinson’s disease is of particular interest to PhotoPharmics. With a staff that boasts over 30 years’ experience in the field of light therapy, PhotoPharmics is on the vanguard of Parkinson’s disease treatment breakthroughs. Their proprietary technologies and research have been widely used and acquired by major players in the medical field to regulate circadian rhythms for seasonal affective disorder, sleep disorders, anxiety, and depression.

“We aim to make a clinically meaningful difference in patients’ lives by delivering safe and effective treatments,” said Kent Savage, PhotoPharmics CEO. “We are currently extending our research into other neurodegenerative diseases, and Parkinson’s disease specifically.”

PhotoPharmics is currently preparing for a phase-three clinical trial for a medical device they’ve developed specifically to address the non-motor and motor symptoms of Parkinson’s disease. This device recently received Breakthrough Device Designation by the United States Food and Drug Administration (FDA).

According to the FDA’s Website, “the Breakthrough Devices Program is a voluntary program for certain medial devices that provide for more effective treatment or diagnosis of life-threatening or irreversibly debilitating diseases or conditions. The goal of the Breakthrough Devices Program is to provide patients and healthcare providers with timely access to these medical devices by speeding up their development, assessment, and review.”

“We hope to someday soon offer the major breakthrough so many are looking for,” Walker added. “We’re working on it every day.”

Those interested in learning more about PhotoPharmics, its upcoming clinical trial or its connection to the Parkinson’s community are invited to connect with us at PhotoPharmics.com/connect.